I was taken aback recently to pick up an (unnamed) magazine for which I’d written an article and see my brief bio begin with the words: “Ben Yagoda is a novelist. … ” I am not a novelist, never have been, and have not (since the age of 15) even had any aspirations in that direction. This isn’t because I have any disdain for the form but rather the opposite. Loudon Wainwright III sings in “Talkin’ New Bob Dylan Blues” that he held off writing songs as a youth because of the mere presence of  Dylan: “It was too damn daunting, you were too great.” That’s roughly how I feel about (first-rate) novelists.

But I digress. When I looked into the possible reasons for the error, I came to understand that the person who wrote the bio wasn’t misinformed or making stuff up, but rather took “novelist” to mean the same as “author,” or, more specifically, “writer of books.” A light bulb went off. I teach mostly writing and journalism workshops, but every once in a while, in class discussions or writing assignments, students will have reason to refer to particular nonfiction books, and on numerous occasions they have referred to them as “novels.” I never gave this much thought till I had a conversation a few months ago with my colleague Kristen Poole, who teaches Renaissance literature. She told me that her students very frequently write things like “Shakespeare’s novel Hamlet.”

I got on Twitter and sent out a tweet asking people if they were familiar with the “novel = book” custom. Teacher Mitch Nobis responded: “In high school essays, CONSTANTLY.”  Jack Lynch, a professor of English at Rutgers, said, “Close to universal among the 20-yr-olds I teach. When I do history of the novel, 80% of my effort is breaking that habit.” An extremely sharp-eyed person noted that an (unnamed) major metropolitan newspaper, in its obituary of Louis Zamperini, referred to Laura Hillenbrand’s book about him, Unbroken, as a “novel.”

Lexicographer Jesse Sheidlower helpfully reported that Jonathan Lighter has long been writing about this topic on the listserv of the American Dialect Society discussion list, ADS-L. And sure, enough, when I checked the archive, I found that Lighter’s bemused observations on the topic went back to 2006, when he unearthed an actual class assignment from an actual (unnamed) school:

Nonfiction Literature.   Over the course of your summer break, we ask that you read a nonfiction novel concerned with a social issue in anticipation of the upcoming school year. … This reading assignment’s objective is to expose students to nonfiction material written for young adult and college-level readers. … We suggest choosing _one_ of the following novels as an alternative:  Nickel and Dimed (Barbara Ehrenreiuch)  Guns, Germs, and Steel (Jared Diamond). … We suggest you read the novel twice. …  Look for the primary thesis in the beginning of the book; it should be revisited in the novel’s concluding chapter.

Even in 2006, the trend had apparently been going on for some time. Ben Zimmer posted on ADS-L a quote from the journalism professor Michael Skube, writing in The Washington Post: “College students nowadays call any book, fact or fiction, a novel. I have no idea why this is, but I first became acquainted with the peculiarity when a senior at one of the country’s better state universities wrote a paper in which she referred toThe Prince as ‘Machiavelli’s novel.’”

Garson O’Toole provided some documentation to Kristen Poole’s observation, with a couple of examples from the Yahoo Questions site, presumably posted by students:

I speculate that the trend has been accelerated by the arrival and success of the “graphic novel.” When that genre came on the scene, the stories were universally made up. Eventually, some creators had the bright idea of putting true stuff in comic-book form. These were called “graphic novels,” too, and have since become a thriving subgenre, with an unwieldy moniker, seen in this Amazon screen shot:

What explains the (broader) trend? In the limited commentary on the question, mention has been made of the blurring of generic boundaries, the fuzziness of “truth” in the postmodern era, etc., etc. I tend to view it more pragmatically. English has no word to denote “nonfiction book” or “writer of nonfiction books(s).” Considering the clunkiness of expressions in quotation marks, it’s not surprising that college students—who are frequently called on to refer to such books and writers, and who are famously not semantic sticklers—would have turned to “novel” and “novelist,” which come trippingly on the tongue.

That reminds me, “play” is a short and sweet and wholly unobjectionable word. If one of my students called Hamlet a novel, they would be staring at a big red F. Some things are just plain wrong. 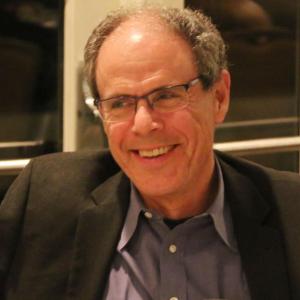 I’m the author, coauthor or editor of fourteen books, most recently an edition of O. Henry’s short stories for the Library of America. I’m currently working a biographical novel about O. Henry’s  years in New York, 1902-1910. I’ve been awarded Guggenheim and MacDowell Fellowships to pursue this project. I’m also working on a book about irony. No joke. 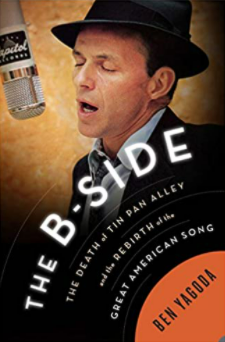